The 7th Annual Golden Bagel Awards honored four outstanding members of the community who have, through sports and other endeavors, made significant contributions to the quality of life in the Bay Area. The event was presented at Lake Merced Golf Club in Daly City.

The award ceremony is always a joyous occasion and includes an array of bagelicious food, beverages, and a ton of fun. The morning’s festivities support the Jewish Sports Hall of Fame of Northern California’s Student Scholarship Program.

Jay “Randy” Gordon is the producer of two forthcoming sports documentaries. “The League” chronicles the seminal story of Ivy League football, and “Hanukkah Hoops: A Shot in the Light,” which he also directed, looks at how playing basketball during the Jewish Festival Of Lights can forge friendships across religions, cultures and age groups.

Over the past 20 years, Randy has worked in marketing, promotions, sponsorships and events for some of America’s top brands. His accounts included The Coca-Cola Company, M&M/Mars, Sony PlayStation, and ESPN. At Ubisoft Entertainment, he went from Director of Brand Development and Promotions to Vice President of Marketing Services. He was also Director of Marketing for Adscape Media, which was acquired by Google.

In his book BusiBUZZ: Business Buzzwords for Survivin’ and Thrivin’ in the Big City, Randy compiled 445 pages of keen insights from business mavericks and interactive entertainment industry veterans, such as Peter Moore of EA Sports, to provide a unique and humorous look at the world of business jargon and workplace catchphrases. Randy helped launch the Sausalito Film Festival in 2009 and 2010, and the New Media Film Festival in San Francisco in 2010 and 2011. In April 2013, Randy developed and moderated “YOU ONLINE: Managing Your Personal Brand, Reputation, and Message,” a panel at Marin County’s Dominican University for The CEO Club and the North Bay Leadership Council.

Randy earned his B.S. Business Administration from UNC-Chapel Hill and his MBA from UCLA Anderson. Originally from Birmingham, Alabama, he resides in Sausalito.

A Lincoln High School graduate, Harry earned a B.S. and M.A. from San Francisco State University in Physical Education. While at SF State, Harry was Sophomore Class President, Student Body Treasurer, Homecoming Chairman, President of the Block S Society, and lettered in Football, Soccer, Track, and Boxing. He and his wife Joan celebrated their 60th wedding anniversary in 2016. He now works as a tour guide in the Bay Area and throughout California and the western states.

In 1996, physical education specialist and middle school algebra teacher Daryl Grace began working as a counselor for the Jewish Community Services’ Olam Yeladim after-school programs and in the summer, Camp Tzofim, of which he is now the Camp Director. At Piedmont High School, where he is the assistant coach for the Girls’ Varsity basketball team, his Highlanders won back-to-back State Championships in 2004 and 2005, and were also ranked number four in the country in 2005. That same year, Daryl Grace joined Oakland Hebrew Day School (OHDS) as the Physical Education teacher. Shortly after joining the OHDS faculty, Daryl established an Intramural Sports program with Basketball, Ultimate Frisbee and Flag Football teams that compete against other middle schools during lunch recesses. He has also instituted the Presidential Fitness Challenge as part of the curriculum in 3rd–8th grades. As a DJ for DJ-K Productions, he has been repeatedly named one of the best DJ’s in the J. Weekly Readers’ Poll, for B’Nai Mitzvot and other celebrations.

Lee Silverstein began teaching in September of 1973 and spent his first ten years in the Elementary division of the San Francisco Unified School District (SFUSD) as a K-6 teacher, Reading Specialist, Learning Handicapped Specialist and finally as a Resource Specialist. In 1983, he was selected to begin a new program at Lowell High School for students matriculating from the 8th grade to 9th grade who had Special Education issues but also the ability to handle the rigors of the academic curriculum. Lee became their counselor, college adviser, advocate and lifelong friend. He also taught social science classes at Lowell and was the head teacher for Social Science at the graduating summer high school for SFUSD during the last thirteen years of his teaching career.

Lowell also provided Lee with the opportunity to coach high school athletics.  From 1984 through 2007, he coached Girls Volleyball (1984-86); the student team for golf (1984-1996); and Boys and Girls golf as separate teams (1997-2007). During his 23-year tenure as Lowell’s Golf Coach, the Boys and Girls teams won 21 AAA Golf Championships. Lowell was able to secure away matches to such prestigious courses as Silverado and Pebble Beach, and golf team vacation trips throughout California and Hawaii. Lee was inducted into the Lowell High School Sports Hall of Fame in 2010.

Lee was Academic Athletic Association Head of Sport-Golf for many years and served on the California Interscholastic Federation State Advisory Board for High School Golf from 1992 to 1996. “Our greatest accomplishment was to provide women with the opportunity to have their own teams, leagues, and Championships throughout California,” says Lee. Since 1985, Lee has also been the President of the John Susko Memorial Foundation for Junior Golf, a 501C3 charitable trust that has sponsored the largest high school invitational tournament in Northern California every Spring for the past 16 years.

With support from the USGA, PGA Tour Charities, Northern California Golf Association and “Hooked on Golf,” the Susko Foundation has thus far given $120,000 dollars to college-bound students, presented 200+ sets of golf clubs to high school teams and individual players, and worked with San Francisco City and County to provide low-cost access to public golf courses. In 2016, the Susko Foundation partnered with First Tee of Contra Costa to hold the first John Susko Open Golf Tournament for youth aged 16-18.

Lee graduated from George Washington High School, earned an AA degree at City College of San Francisco then went on to San Francisco State where he received his BA and numerous Lifetime State of California Teaching credentials.

Take a Look at Some Other Events 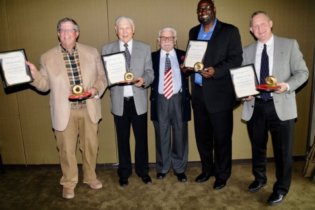 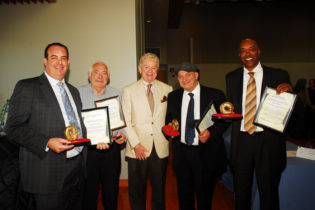 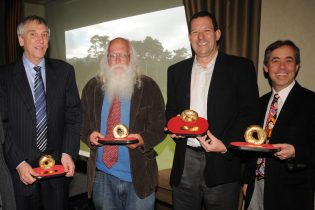 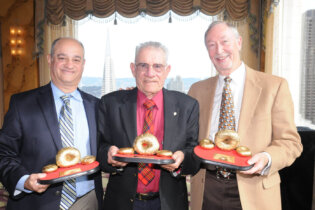 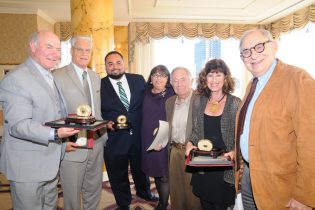 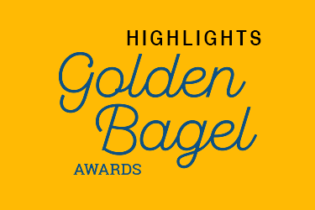