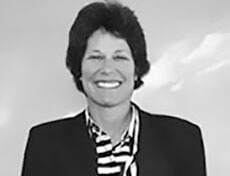 Wendy has held numerous National and AAU Junior Olympic Games swimming records for her age group as a teen. In 1972, U.S. Olympic Games Sponsor Quaker Oats named Wendy and fellow swimmer Mark Spitz Co-Olympians of the Future. She was chosen to represent the United States at the 1973 Maccabiah games in Israel, where she was the most decorated athlete, winning three gold, three silver and two bronze medals. During her years at Stanford University, Wendy was an All-American swimmer. After participating in the US AAU Swim Nationals in 1974, Wendy competed in the LA County Lifeguard two-mile competition. She became the first and only female beach lifeguard ever to be hired by the Los Angeles County Department of Beaches, reputed to be the best lifeguard services in the world in 1974. She was also the first woman to work the real “Baywatch” rescue boats. Wendy is the founder of Paskin and Kahr Capital Management LLC, a Registered Investment Advisor.