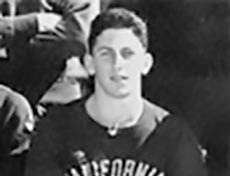 Warren may have been best-known for his many community endeavors, however, we inducted him for his athletic abilities and his athletic philanthropic contributions. Beginning with his days on the Lowell High School swim team and the University of California–Berkeley water polo team, Warren became the number one benefactor of the Cal Aquatics programs. He stayed in shape by participating in a wide variety of endurance events on the national level. He was also a 5-string banjo player and a member of an old-time band called The Wronglers with whom he played all over the country. Warren was the Founder and principal sponsor of the annual Hardly Strictly Bluegrass Festival in Golden Gate Park, San Francisco.