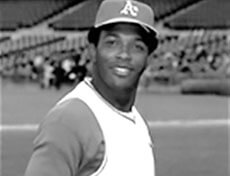 Vida Rochelle Blue Jr., was the recipient of our Mensch Award in 2011, an annual honor given to a non-Jewish individual who best exemplifies the high ideals we have come to expect from the leaders of our own Jewish community. Vida won the American League Cy Young and MVP awards in 1971. He is a six-time all-star, and is the only pitcher in major league history to start the all-star game for both the American League (1971) and the National League (1978). Vida was an integral member of the Oakland Athletics’ five straight American League Western Division pennants from 1971-1975, and three consecutive World Championships in 1972, 1973, and 1974. As a San Francisco Giant, he was awarded the Sporting News National League Pitcher of the Year.