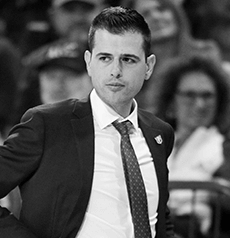 Playing career
Golden played four years at St. Mary’s where he was part of two NCAA Tournament appearances. During his senior season he ranked second in the nation in assist-to-turnover ratio and graduated as the Gaels’ all-time leader in free-throw percentage (.832). Upon graduation, Golden played for two seasons with Maccabi Haifa in the Israeli Basketball Premier League. Golden also competed in the 2009 Maccabiah Games with the USA Open Team.

Coaching career
After working in the private sector in advertising sales once his playing career was over, Golden entered the college coaching ranks joining Kyle Smith’s staff at Columbia, first as director of basketball operations, then as an assistant coach.  He would then take a director of basketball operations position at Auburn under Bruce Pearl, his coach during the 2009 Maccabiah Games. Golden would rise to assistant coach with the Tigers in his final season before reuniting with Smith at San Francisco. On April 1, 2019, Golden was officially introduced as the 20th men’s basketball coach in Dons history, replacing Smith who departed for Washington State.