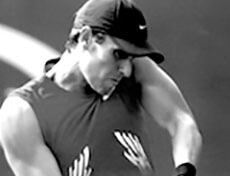 Sam began his early tennis dominance as the number one ranked singles and doubles champion for Boys 12 and under, 14 and under, 16 and under and 18 and under. He graduated from Stanford boasting the 2nd Best Singles Record in Stanford Tennis History (88 -11), a winning percentage of .889. A first team NCAA All-American, Sam earned an NCAA #1 ranking, was twice-named NCAA Doubles Champion and also named Pac-10 Conference Athlete of the Year. As a pro, Sam won seven singles titles and eighteen doubles titles.