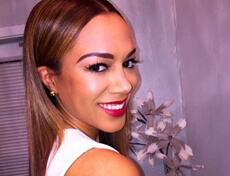 was “the freshest new face in Bay Area media” in 2015, as the sideline reporter for the Warriors. “With more eyes on the Warriors than ever before, Gold-Onwude — in her first season with the team — made a strong impression,” according to SFGate.com. “She’s phenomenal,” said Warrior Draymond Green. “She understands things from the athlete’s standpoint. She has a high basketball IQ. Her Stanford education shines through. And she has a swagger about herself.” As a member of the Stanford women’s basketball team from 2005-2010, Gold-Onwude played in three Final Fours and two national championship games and helped the Cardinal to win four conference titles as starting guard. In her final season with Coach Tara VanDerveer, she was named the 2010 Pac-10 Co-Defensive Player of the Year and ended her Stanford career as the school’s all-time leader in games played. Ros is currently a basketball analyst who calls games for ESPN, Pac-12 Network and the WNBA’s New York Liberty on MSG. She is also a reporter for the Golden State Warriors, and the San Francisco 49ers.