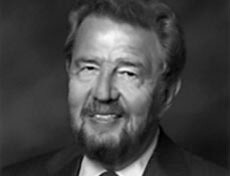 Robert was the first recipient of the organization’s Mensch Award, an annual honor given to a non-Jewish individual who best exemplifies the high ideals we have come to expect from the leaders of our own Jewish community. Under Dr. Corrigan’s 20-year leadership, San Francisco State University president, the athletic department has so far captured seven conference championships and produced All-Americans every year. In order to provide grants and scholarships, SFSU athletics moved out of the Northern California Athletic Conference (NCAC) and into the California Collegiate Athletic Association (CCAA). Several facility improvements were undertaken. Cox Stadium’s $1.7 million renovation turned it into a first-class international soccer and track arena. A new women’s softball field was built, Maloney Field was upgraded for the men’s baseball team, and LED scoreboards were installed at each sports facility. Among President Corrigan’s many honors are an “Unsung Hero” award from the Jewish Community Relations Council of San Francisco and the Distinguished Community Service Award from the Anti-Defamation League “in recognition of outstanding commitment to diversity, fairness, and social justice.”