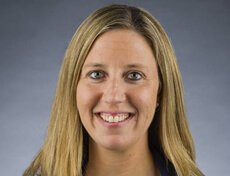 recently notched her 100th Cal win, becoming the quickest coach in program history to reach the 100-win mark. She became the ninth University of California women’s basketball coach on April 25, 2011, and in just a few short years as the head coach, Lindsay has shown the ability to find the perfect balance in Berkeley by taking the program to unprecedented heights since. In just her second season in Berkeley, Lindsay led the 2012–13 Golden Bears to the first Final Four in school history, their first Pac-12 Conference championship, and the most wins ever by a Cal women’s basketball team (32-4). Gottlieb was named Pac-12 Coach of the Year by the media, and was one of the four finalists for the Naismith National Coach of the Year.