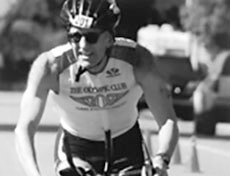 Lelandearned All-League honors in Water Polo in 1962 & 1963 and All-CIF (California Interscholastic Federation, Southern Section) in 1963 at Beverly Hills High School. An inspiring swimmer, he was a CIF finalist in 1961 and 1963. He earned six varsity letters in swimming and water polo at CAL, served as swim team captain and was a PAC-8 place winner in the 200-yard Butterfly (and CAL record holder) and 1650-yard Freestyle. While player-coach of the Harvard Water Polo Club, Leland was MVP of the New England Championships and a finalist in the New England AAU Swimming Championships in three events. He finished second and third in his two appearances in the La Jolla Cove Swim, the most prestigious rough water swim in the United States. He was also a two-time winner and record holder for the Golden Gate Swim. In 1994, Leland was named to the Sporting News annual list of the 100 most powerful people in the sports industry.