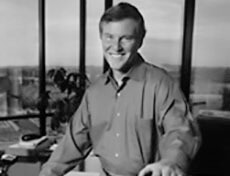 Leigh, a highly-regarded entertainment attorney, has represented more than 150 professional athletes in baseball, basketball, boxing, football, and Olympic sports during his 30-year career. One of the reasons Leigh Steinberg Enterprises’ clientele are noted for making charitable contributions is because every player contract includes clauses that require the athlete to give back to their hometown, high school, university, or national charities and foundations. As a result, Leigh’s clients have donated more than $60 million to hundreds of charities and scholarships nationwide. Leigh donates his time and efforts to a variety of humanitarian causes such as Children Now, Children’s Miracle Network, CORO Fellows Program, the Human Relations Commission, Junior Achievement, Juvenile Diabetes Foundation, Special Olympics, the Starlight Children’s Foundation, and the Steinberg Leadership Institute.