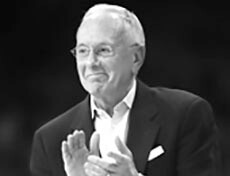 Larry has won more than 1,000 professional games in the ABA and the NBA. He’s the only coach in NBA history to lead eight different teams to the playoffs, and he’s also the only coach in history to win both an NCAA National Championship (Kansas 1988) and an NBA Championship (Detroit 2004). Larry was chosen as the head coach for the USA men’s basketball team at the 2004 Summer Olympics.