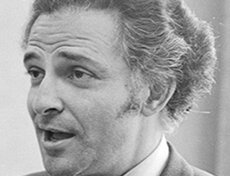 successfully evangelized Roller Derby, his father Leo’s transformation of roller skating endurance races into a competitive contact sport, which debuted in the Chicago Coliseum on August 13, 1935. After taking over as commissioner of the national league in 1957, he soon relocated it to the Bay Area and established the storied, longtime champion San Francisco Bay Bombers. At its peak, the league was broadcast on 120 television stations across the United States and Canada, and filled arenas from Madison Square Garden to the Oakland Coliseum. Seltzer left the league in 1973 as its final owner to co-found Bay Area Seating Service (BASS) Tickets, and a decade later went on to become a vice president of sales and marketing for L.A.-based Ticketmaster until 1993.

Seltzer returned to the Bay Area and joined popular luxury footwear line Bonjourfleurette.com as its marketing and sales director and COO. He lent his considerable expertise to Brown Paper Tickets as an Outreach and Sales Representative, co-founded the Sonoma Valley Film Festival (now Sonoma Filmfest), served on such community boards as the Bay Area American Red Cross, and volunteered as a consultant to emerging amateur roller derby leagues.

Seltzer was looking forward to his Induction, but sadly succumbed to pulmonary fibrosis on July 1, 2019.