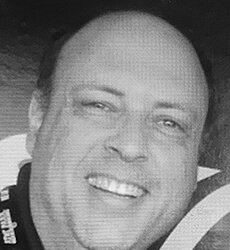 has written about the San Francisco Giants for three newspapers since 1988, moving from the Oakland Tribune to the San Francisco Examiner before becoming a beat reporter for the San Francisco Chronicle in 1998. His career highlights include covering the 1989 “Earthquake World Series,” the Giants’ 2010, 2012 and 2014 World Series championships, and Barry Bonds’ performance-enhancing drugs scandal contrasted with his victorious pursuit of home-runs, holding the Major League Baseball record with 762.

A lifelong sports enthusiast, Schulman always wanted to be a newspaperman, despite his parents’ concerns about the low-paying vocation. Although he majored in Political Science rather than Journalism at UC Berkeley, he covered Berkeley City Hall for The Daily Californian, and after graduation, became the Berkeley stringer for the San Francisco Chronicle. His clips led to reporting jobs in Sacramento and the Central Valley before he realized his dream to become a sportswriter in the Bay Area.

Credited for his keen insight and sharp wit, Schulman makes frequent media appearances to talk about all things Giants, and is a prolific and popular Tweeter (@hankschulman). He is a correspondent for MLB Network and KNBR, and also hosts “Giants Splash,” the SF Chronicle’s podcast about the San Francisco Giants, featuring interviews and games analysis.