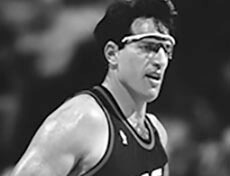 Danny played center in the NBA from 1981 until 1999 with the Utah Jazz, Denver Nuggets, Minnesota Timberwolves and Orlando Magic. While at Syracuse University, he was named to the 1981 All-Big East first team, and was both an All-American and an Academic All-American. He holds the record at the Carrier Dome for rebounds in a game (23). Danny played on the U.S. basketball team that won a gold medal at the 1977 Maccabiah Games. He’s also a member of the New York Jewish Sports Hall of Fame, and was part of an Anti-Defamation League promotional campaign that depicts him slam dunking while saying, “If you really believe in America, prejudice is foul play!”