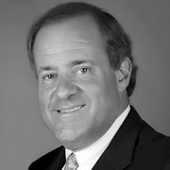 is, without doubt, a legend in the sports world. If you don’t know who Chris (a.k.a. Boomer and The Swami) Berman is, you’re obviously not a sports fan. He was one of the first ESPN SportsCenter anchors, beginning way “back, back, back” in 1979. No wonder he’s collected accolades for an incredible career, having won almost every award a seasoned broadcaster can.

No stranger to Northern California, the Connecticut native embarked on a lifetime love affair with the SF Giants while watching the team challenge the NY Yankees in the 1962 World Series. He even planted a plot of turf from the outfields of both AT&T Park and Candlestick in his backyard!

• On October 17, 1989, Berman did double-duty covering both the Bay Bridge World Series between the Oakland A’s and the San Francisco Giants, AND the 6.9 magnitude Loma Prieta earthquake.

• In September 1999, Berman’s boyhood favorites honored him when he threw out the ceremonial first pitch at one of the last SF Giants games played in Candlestick Park.

• One of Berman’s favorite musical groups is the Bay Area’s Huey Lewis and the News. He’s such a big fan, he’s sung with the group more than a dozen times.