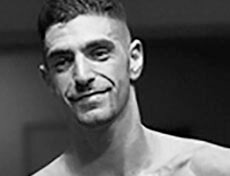 Brian competed on the pro karate circuit for eight years, winning six World championships in three different weight classes. In 1999, he was named Fighter of the Year by the National Blackbelt League and earned a spot on the U.S. National team. Brian’s professional kickboxing career boasted a perfect record of 18 wins, 0 losses, with 11 wins by way of knockout. In 2007, Brian came out of retirement to compete in Mixed Martial Arts (MMA). After breaking his hand in the first round of his debut bout, he lost a close decision, the first loss of his professional career. In November of 2008, Brian avenged his single loss, knocking out the only person to defeat him. He retired again to focus on training people in the fighting arts.