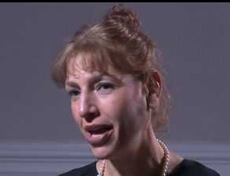 according to Jews in Sports, is probably the best Jewish post player in women’s basketball history. She was an outstanding center at Stanford University from 1991 to 1995, before playing professionally. In 1992, Anita was named Pac-10 All-Freshman. The following year, she was named the team’s “Most Improved Player.” Over her final two seasons at Stanford, Kaplan was one of the best players in the country. She was All-Pac 10 both seasons, and All-America honorable mention her senior year. Anita was also a member of the gold medal-winning U.S. team at the 1994 Goodwill Games.