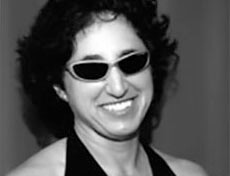 Aerial has carried the Olympic torch, rowed in competitions from California to Spain, and has been inducted into the National Jewish Sports Hall of Fame, as well as the Jewish Sports Hall of Fame in Northern California. It’s news enough that, in her early 50s, Aerial Gilbert was named to the U.S. National Adaptive Rowing Team. But, even more amazing, Aerial is blind. After losing her sight in 1988 in a traumatic incident involving tainted eye drops, the former nurse rediscovered her old college sport, rowing. “As long as you have someone to guide the boat down the river, you’re on an equal field,” the Petaluma resident told the Jewish News Weekly of Northern California in 2004.