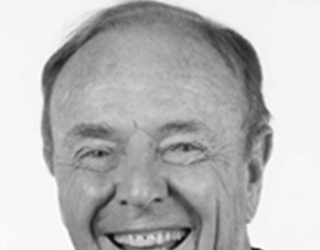 was the head coach of the Men’s tennis team at Stanford for 38 years (1966-2004).  Along the way, he became the winningest coach in Stanford’s history as well as a tennis legend. A few of his many coaching accomplishments include leading Stanford to 17 NCAA Team Championships, 10 NCAA singles championships, and 7 NCAA doubles championships.

Currently the John L. Hinds Director of Tennis at Stanford, Gould has been repeatedly recognized for his achievements and dedication to the sport, including as an honorary member of the US Professional Tennis Association. Gould also serves on the Campaign Committee for the Golden Gate Park Tennis Center renovation project.